Getting to Dublin is increasingly easy and popular with many airlines, Etihad, Emirates and United Airlines, opening new routes in recent years. With the emergence of low cost air-travel, along with the traditional carriers, it has never been easier of less expensive to travel to Dublin. Even though Ireland is an island, access is increasingly easy by sea for both ferry and cruise.

Getting to Dublin is very easy. Dublin Airport is one of the busiest in Europe, located 10 km from the city.

Direct flights are available from most major cities in the UK and continental Europe, several hubs in North America, and the Gulf cities of Dubai and Abu Dhabi. Connecting hubs hook up with further flights from all over the world, providing for easy access to the Irish capital.

Shannon Airport is one of Ireland’s primary airport, situated on the West coast of Ireland.  The westerly position provides an ideal gateway to and from Europe for trans-Atlantic flights. Due to a much-improved road network, extremely well connected with Dublin city (about 200 km away from Dublin).

Today, Shannon serves over 1.75 million passengers per year through a terminal that opened in 2000. This modern facility features 40 check-in desks, 14 departure gates and 5 luggage carousels.

Dublin Port is centrally located, only minutes from the city centre while Dun Laoghaire Port is situated to the south of the city, approximately 30 minutes from the centre. There are excellent ferry connections daily from the UK and mainland Europe, while the capital also hosts in excess of 100 cruise liners annually which is of growing popularity for visitors to include Dublin on their travel itineraries.

Getting Around: Private Transport

A special arrangement has been made with a local taxi company, Lynk (https://www.lynk.ie/) regarding taxi transportation for conference participants.

The price from Dublin Airport to the Royal Marine is around €50 – €55 for a saloon car.

The journeys will be charged on the meter, it depends on time of travel, traffic, route taken, waiting time etc.

Getting Around: Public Transport

Dublin has an extensive network of public bus routes, making it super-easy to get around not just the city centre, but the inner and outer suburbs too. Its route, timetable and fare information make it easy for visitors to bus around the sights, and a real time information service shows when buses are due to arrive at stops. Coaches are usually modern and comfortable, and offer free Wi-Fi on board. For more information you can visit http://www.dublinbus.ie.

The capital’s iconic DART (Dublin Area Rapid Transit) electric rail system is a fast and frequent way of travelling in the city. The DART hugs the Irish Sea coast for much of its journey, making for one of the most scenic suburban rail routes in Europe.

Dublin is also a central arrival and departure point for visitors looking to explore the rest of the country by rail. Cork, Galway, Limerick, Killarney, Belfast and Sligo are just some of the intercity routes served from the city’s two main stations: Heuston and Connolly.

Luas is Dublin’s light-rail transit service – a swift, reliable tram system crossing the city on two lines. Tickets for Luas (the Irish word for ‘speed’) can be purchased at streetside vending machines. They’re available for single/return journeys or as flexi-tickets covering travel for seven or 30 days. Check the destination on the front of the tram before boarding, and you’re all set for a smart light-rail system serving not just stops along the River Liffey, but some of Dublin’s best sights. It’s a great way to see the city on the cheap.

Just Eat dublinbikes is a self-service bike rental system open to everyone. It enables you to travel through the city centre and enjoy Dublin city at your leisure. All stations are equipped for Annual Card and 3 Day Ticket users. Once you purchased a ticket you can rent or return a bike from any station in the network.

Car hire is widely available. Participants may opt to hire a car during their stay, and thus use it for their airport transfers. If you’re unfamiliar with the city highways and byways, it’s a good idea to book a Sat Nav to get your bearings (especially for participants unfamiliar with driving on the left).

People from certain countries need a valid Irish entry visa before arriving in the State, whether by air, sea or land. If you need a visa please consult with the relevant Irish Embassy/Consulate/Visa Office or visit the official government website.

You do not need a visa to land in Ireland if you are a citizen of the European Economic Area or of one of the countries listed in the table below. (The EEA is an area of free trade and free movement of peoples comprising the member states of the European Union, in addition to Norway, Iceland and Liechtenstein.)

The Lufthansa Group airlines bring people together – every day, all around the world. The global route network of Austrian Airlines, Lufthansa, SWISS, Brussels Airlines and Eurowings offers optimal connection and combination options, so you will benefit from quick and direct flights to the event.

You will reach the booking platform via this link https://www.lufthansa.com/de/en/meetings-and-events-delegates and with the event code CYAUMTN. The reduced fares are automatically displayed.

NB: Please enable pop-ups permanently in your browser while booking, otherwise the window in the booking platform will not open. 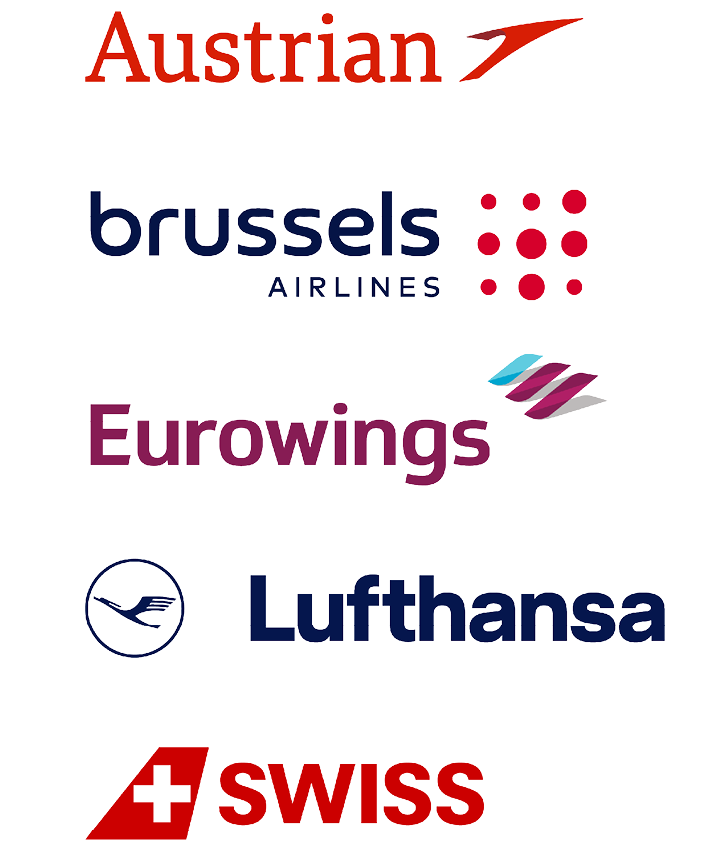